Mario Vannuccini was born in Sondrio in 1967 , where he still resides. The childhood of this red-haired kid passed without major shocks , not much different from that of his peers in this quiet town at the foot of the Alps. He didn't distinguish himself in any sport and, at first , not even for a particular passion (he was the son of a skating instructor and, like all the children of an instructor, a real nerd) . Aroused some concern that his insistent stand at the window watching the snow fall for hours. The snow was in fact his first passion, and alpine skiing her first natural materialize. But at the age of 12 years (when the roads were less busy than now) he started to spend the summer pedaling (almost always alone) for whole afternoons riding a real racing bicycle. He dreamed of one day being able to follow the cycling tourists, foreigners, he saw pass overloaded with bags and equipment. He was fascinated above all from the freedom to travel, stopping each night in a different place.

He discovered the mountain slowly, first with short excursions totally improvised (read unsuitable equipment ) with Uncle Pier and then with the best organized summer trips of the San Rocco Oratory of Sondrio. He realized that mountaineering was for him.

He began at age 16, through the courses of mountaineering and ski touring organized by the section Valtellina of Italian Alpine Club. There he met a peer, Mauro, with whom he began to attend closely the climbing walls of Campo Moro and Val Poschiavina (Valmalenco). Emulate the deeds of the heroes of the mountaineering , with a hammer and pitons , but also those of ' bouldering ' of the Val di Mello , with nuts and climbing shoes "boreal". The winter was just as intense, every weekend was being used for ski touring. The two shared the bitter mountain climbers , the first automotive experience and love for the same girl. As is often the case, the latter shared passion marked the end of the association.

The ' Red ' was magnetically attracted , and more every day, from the excitement of the steep descents . Accompanied by a handful of equally inexperienced , enthusiastic 'extreme skiers' friends, he made his first runs . Then, spurred by the impending military service and influenced by the reading of the exploits of Patrick Vallencant, all alone skied the west gully of Cima di Caronno in the Bergamo Alps , surpassing 50 degrees. It was 1987, the beginning of a brilliant career of  first descents that would have ended, fortunately not on a wheelchair but for simple ' course of things ', in 1994, after the Marinelli couloir to Pizzo Roseg.

The problem was the everyday , the problem was try to resist  in the office , stressed out from a job that was not for him , with the mountains all around to look at him . So he decided to move from the telling-off  from his office manager to the telling-off from the instructors in the training courses for mountain guide. It would become a professional of the mountain. In 1995, finally, he obtained the title of Aspirant Mountain Guide, perfected in Mountain Guide - Master of Mountaineering in 1997.

The first years, the worst, those without a penny, have passed. Now everything (or almost) goes as smooth as oil. Many customers, many beautiful days spent in the mountains. Even my mother-in-law , who explained to her daughter that a mountain guide is one that has not really want to work, was conquered and in 2002 I married Lorena. The mountain guide activity, turning over the entire Alpine range and in some extra european mountain trips, absorbs most of my time. I am part of the School of Mountaineering of Val Masino - Val di Mello , better known to the world as ' The Gigiat '. The profession ' rope ' is placed side by side with some mountain publishing, working with major magazines and publishing houses in the industry. I am also a regional instructor of the italian mountain rescue team (CNSAS). I dedicate myself to this task with ever new enthusiasm , taking up the motto of a famous TV commercial (of hams) : ' The secret of quality is over all a great passion.

Mountain trips are like drugs , if you've done one you can't stop. This is to tell you that my ' addiction ' began in 1993, with a improvised trip to two (me and Marinella) in High Tatras and with a better organized mountain trip in Albania (with Popi, Paride, Adriano and other friends). I continued with Mauro (Ingenuott) in 1996 spending almost my money skiing in New Zealand and in the USA. I am particularly also linked to another adventurous journey to two, with Mario (Fankets), journey that took us over the mountains of Iran in 2000. My experiences continue, taking more and more flavor, sometimes with organized groups, on other occasions with friends (and increasingly the two are the same).

In my free time, as it happens, I'm going equally in the mountains: doing some short rock climbing in my spare time, climbing  big mountains on some other occasions, doing ski touring with my wife and friends in winter. I like to explore unclimbed walls, almost always in remote places, and try to practice a mountaineering original, constantly looking for new ideas and forms. For some years I attend Fabio, like a girlfriend, that being physically very gifted and having 13 years younger than me, he is a great stimulus but also of great exhaustion (mountaineering talking about!).

Every curve has its downward side as it descends from its summit. And now, I’m afraid that’s what’s happening to me! I think it’s all due to too much specialisation! I’d like only to climb in summer and ski and travel in winter, and, I must say, it was working out quite well. To manage it, over time I’ve whittled down the various options open to me today as a guide.. I gave up ice climbing because ice is becoming scarce; I gave up canyoning because you get wet; I left the Mountain Rescue because I tended to forget the procedures; exposed routes are too dangerous; instructing other people on exposed routes is too much in every way. I’ll never work for a guide organisation for foreigners; I’d feel like an emigrant; I don’t like heli-skiing because it disturbs the wildlife; freeriding is a big let-down because you soon run out of fresh snow; working with kids is great but very hard work.

Scientists agree: when environmental conditions change, over-specialised creatures are the first to die out, because they can’t adapt. So now I have to face some hard facts ... first of all, I’m no longer young and competition from new guides is fierce; and I’ve only been partially successfully in smoothing the hard edges of my personality, so I’m known as “difficult”, and then Covid comes along. I don’t know whether I’m capable of changing my mindset, and so I’m now seriously considering the new frontier for a mountain guide: Mars! 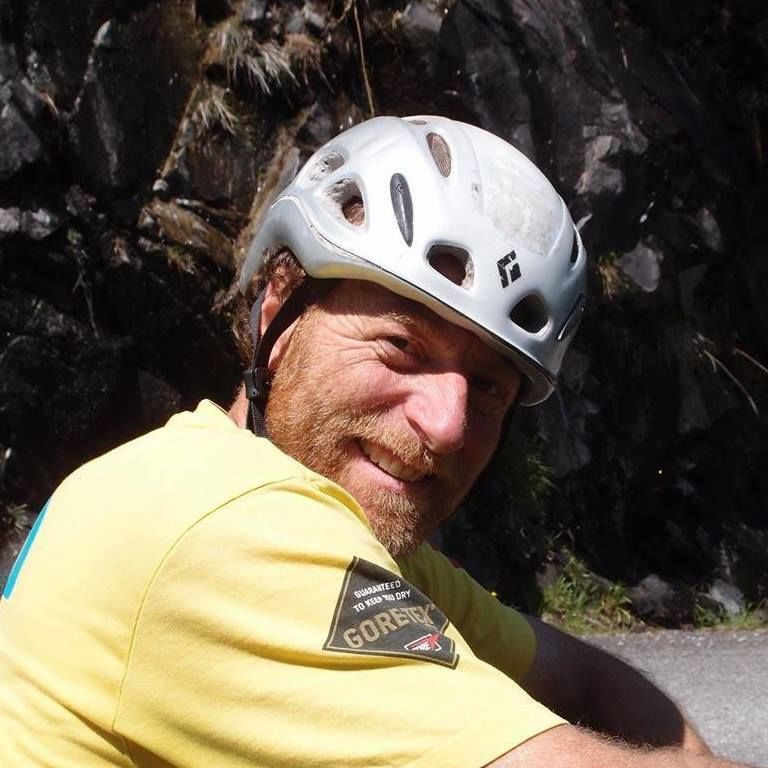 Check out the activities